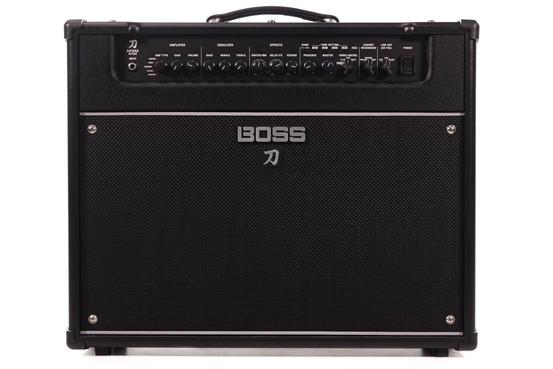 Boss Katana Artist Amplifier presents in great condition and shows only minimal general wear due to previous use. This amp includes mains power supply, user manual and the original packaging. This is a standalone audio product that is equipped with USB connectivity and does not include support for any related extended features such as online content or user registration.

Katana amps have received worldwide acclaim for their authentic tube tone and feel, onboard BOSS effects, and exceptional value. The flagship Katana-Artist combo takes Katana performance to new heights, offering all the latest series features along with numerous refinements tailored for the needs of professional players. Outfitted with a premium 12-inch Waza speaker, semi-closed cabinet, newly retuned amp characters, and much more, the 100-watt Katana-Artist is a powerhouse tone machine for all types of music, from blues, jazz, and country to the heaviest rock styles.