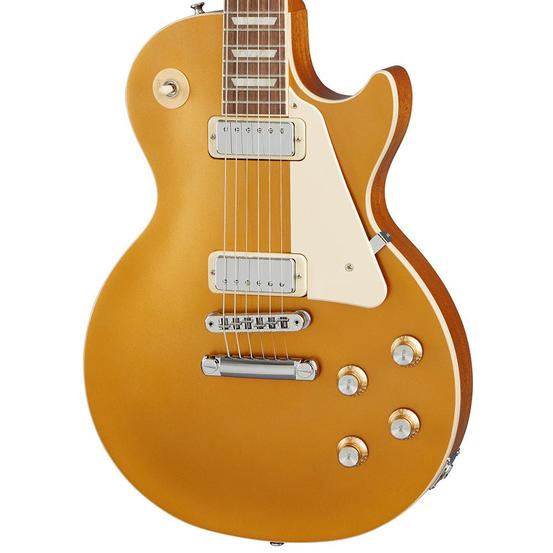 First released in 1969, the Deluxe saw the introduction of the mini humbucker™ to the Les Paul lineup. Mini humbuckers retain the hum-free performance of their full-sized cousins but with a somewhat clearer and brighter tonality. The new Deluxe has features that were inspired by those early models from the 1970s, with a non-weight relief mahogany body and bound maple top, a bound mahogany neck with a Rounded C profile, vintage-style Keystone tuners, Graph Tech® nut, and a traditional Les Paul control layout with 2 Volume and 2 Tone controls wired with Orange Drop® capacitors.