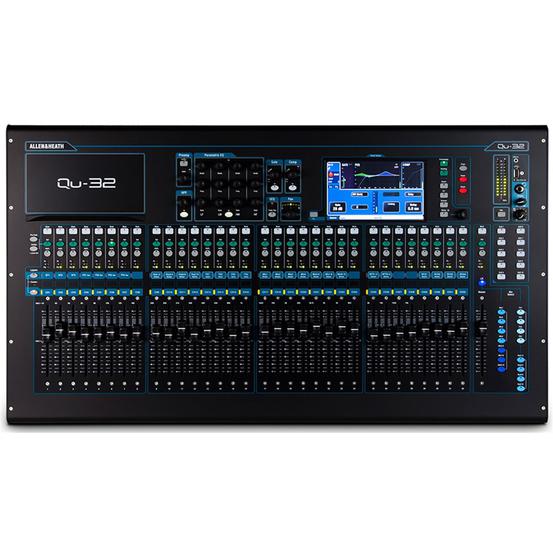 With its responsive touchscreen, 33 motor faders and acclaimed AnalogiQTM recallable preamps, Qu-32 combines exceptional ease of use with class-leading audio performance. Drawing on the technologies and workflow pioneered on their GLD and iLive touring systems, Qu makes Allen & Heath digital mixing more accessible than ever.

Having massive processing power and advanced functionality is great, but it counts for nothing if you can’t access the controls you need in a heartbeat. Once you start using a Qu you’ll sense the years of research into ergonomics and the hands-on mixing experience that Allen & Heath’s team has drawn upon to deliver a wonderfully natural layout and workflow. It’s not about recreating an analogue interface, it’s about creating an experience that’s fluid, comfortable and intuitive for novices, digital natives and old school road warriors alike, making all the benefits of digital mixing technology readily accessible to all.

All your key processing tools are presented in a clean layout on the SuperStrip, with 1 function per physical control. The SuperStrip is complemented by an onscreen Touch Channel for intuitive access to full processing parameters without clutter or complex menu structures. Processing for Mono and Stereo inputs includes trim, polarity, HPF, gate, insert, 4 band PEQ, compressor and delay. The main LR and the Mono mixes have controls for Insert, 1/3 octave GEQ, compressor and delay. The Stereo mixes provide Insert, 4-band PEQ, compressor, delay and balance control.

Moving faders started as an expensive option in the studio desks of the 80s, and later became the norm with the advent of digital technology. Nevertheless some entry-level digital mixers lack this precious commodity which is a fundamental part of the Total Recall approach. Fader automation is essential for rapid mixing, especially when you’re dealing with multiple monitor mixes – just press a mix key and the faders immediately fly to the send levels for that mix.

Qu-32 features 32 motorised ALPS faders respectively, arranged over 2 layers, allowing instant access to all channels and masters in a compact space, plus a dedicated master fader which dynamically follows the mix selection. A third, Custom layer is available for ad-hoc user strip layout, where any combination of Inputs, FX Sends, FX Returns, Mix masters and MIDI strips can be assigned.

The FX library has the ability to grow with future firmware releases. FX are returned to the mix on dedicated return channels, so you’re not tying up your mono and stereo input channels. Each Stereo FX Return has a dedicated 4 band PEQ.

True digital mixing is about being able to save and recall scenes (snapshots) at the press of a button. Qu can store up to 100 full Scenes for recall at will. Channels and mixes can be made Safe from Scene recall. For example, if an instrument or mic gets swapped out after the soundcheck, the channel can be made safe to avoid settings being overridden by Scene recalls. Or if a broadcast feed or walk-in iPod is added last-minute before the show kicks off, that mix or channel can be made safe from any scene change. In addition, single parameter updates can be blocked using a Recall Filter. So if you tweak the graphic EQ to reflect the room response when the audience gets in, you can block this to prevent any overwriting at scene change.

Custom settings for each EQ, compressor or channel can be saved as Library presets. This lets you store your tried and tested setting for your favourite vocal mic or reverb pattern and apply it to other channels or shows. Libraries, Scenes and the complete Show configuration can be saved to a USB key, so you can carry the show with you, ready to use on another Qu mixer. 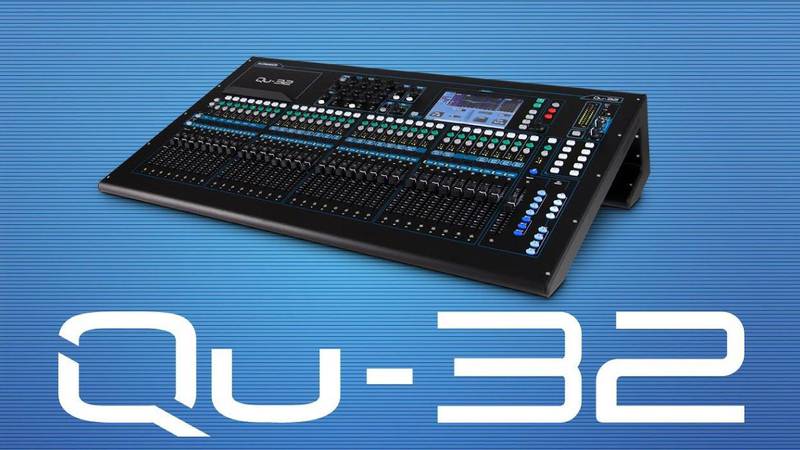