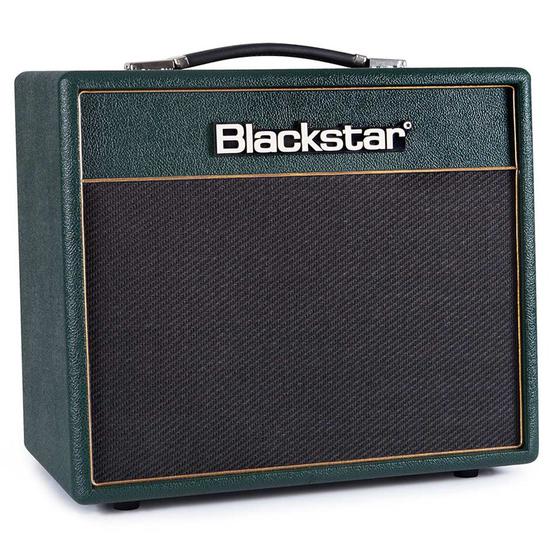 Influenced by history’s most iconic amplifiers, three new 10W single-ended valve amplifiers have been developed each with a different power valve: KT88, EL34, or 6L6. The feel, dynamics and natural compression of these small single-ended valve amps has to be experienced. The instant response and feedback you get when playing, create a direct connection between your fingers and the speaker and fuel your performance.

The Studio 10’s simple controls allow you to quickly and easily dial in classic tones. From chimey cleans to musical, smooth overdrives that clean up beautifully when you roll off your guitar volume. At 10 Watts they each deliver stunning tone even at low volumes. To capture the true sonic experience of the power valves driving, or breaking up when driven the Emulated Output is take after the power stage. Every nuance of your sound can be easily recorded or run through a PA for larger venues. With a seamless blend of classic tone and boutique-inspired design, each amplifier takes its place alongside some of the world’s most revered studio amplifiers.

This Studio 10 KT88 is a flexible, modern-voiced amplifier, which uses an ECC83 valve in the preamp stage. An articulate Overdrive can be engaged – either via the front panel or the included footswitch – taking you from dynamic, modern cleans to a tight high-gain overdrive. Blackstar’s patented ISF control gives access to more distortion flexibility than any other single-ended valve amplifier on the market. Set counter-clockwise the ISF configures the tone stack to a US response, tightening the low mids and emphasising the treble and presence frequencies. Moving the control clockwise continuously varies the tone towards a more British response, where the low mids are emphasised for a warm, ‘woody’ clean or crunch reminiscent of classic British amplifiers from years gone by. Most importantly, ISF allows you to pinpoint your exact personal tonal preference allowing you to find the sound in your head.

Much of the distinctive character of a single-ended valve amp comes from the way its power stage responds, bringing out the nuances of the chosen power amp valve. This Studio 10 amplifier features a KT88 power valve – influenced by modern highWattage amplifiers – resulting in a tight, bold sound with a strong low-end. The 10 Watts of output power driving a Celestion speaker makes this Studio 10 KT88 the perfect amp for practicing and recording at home or in the studio, and for smaller live performances.

Professional features such as a specially-voiced reverb, master volume, footswitching and an effects loop augment the sonic experience, making this amplifier fully equipped for today’s exacting performance requirements. Completing the versatile feature set, a cabinet emulated line output is included for silent practice, recording or for supporting your live sound into a PA. The signal for the emulated output is taken directly after the power amp to ensure that you can capture and record the tonal characteristics of the Class A configured KT88 power valve and output transformer being pushed into saturation.x