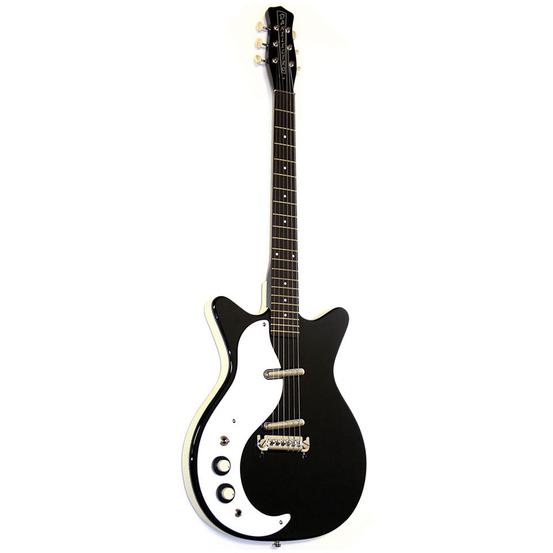 Loading product options
Danelectro is a unique brand! Part of this is that their availability to us in the Australian market can be quite limited. As such we list these instruments well in advance of their expected arrival date to give you the best chance to pre-order and secure the model you're looking for. This stock is currently expected to arrive in September/October.

Danelectro’s most famous guitar, now with NOS+ pickups! A new pickup which retains the character of the original NOS pickups but with better highs, punchier mids, and solid lows. A must have for any left-handed player serious about tone.

Danelectro was founded by Nathan “Nat” Daniel in 1947. Throughout the late 1940s, the company produced amplifiers for Sears, Roebuck and Company and Montgomery Ward. In 1954, Danelectro started producing the Danelectro lines of solidbody electric guitars and amplifiers. The company was also contracted to make guitars and amplifiers that were branded not with the Danelectro name, but with the names of various store brands, such as Silvertone (Sears) and Airline (Montgomery Ward). Later Danelectro manufactured hollow-bodied guitars, which were constructed out of Masonite and plywood to save costs and increase production speed, and which were distinguished by Silvertone’s maroon vinyl covering, and Danelectro’s light tweed covering. The concentric stacked tone/volume knobs were used on the two-pickup models of both series, as well as the “lipstick-tube” pickups, which placed the entire pick-up mechanism into spare lipstick tubes. All the while Danelectro’s goal was to produce no-frills guitars of reasonably good tone at low cost.